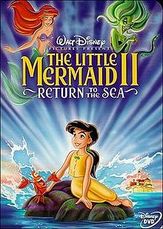 For the first time ever, the action-packed crossover event will be split into two parts.  The Eds and their friends have decided to retire their heroic duties in order to protect Ariel's daughter, Melody, from Ursula's villainous sister, Morgana, and her partner, Loki, god of mischief and Thor's brother.  But when the entire world is threatened by a powerful force, the Eds must gather up their courage once again (if they have any) in order to bring together Earth's unlikely heroes to save both land and sea from extinction.

Part 1
Rating: PG-13 (for some intense sequences of sci-fi action and violence, peril, language, and some rude humor)