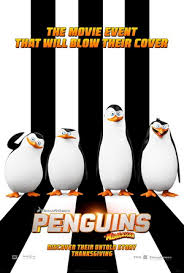 ​Based on the 2014 film "Penguins of Madagascar" directed by Eric Darnell and Simon J. Smith
​Co-Produced by B-Master Productions

The Eds and their friends are back once again.  This time they're entering a world of espionage as they team up with Donald and Goofy's old penguin friends, Skipper, Kowalski, Rico, and Private, to take down a villainous octopus and his partner in crime.

Rating: PG-13 (for intense sequences of action and violence, some bloody images, language, and some rude humor)
Copyright © 2015