The Eds and the Little Mermaid: Age of Extinction 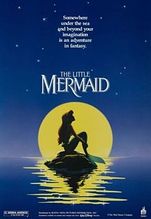 Taking place a year after the finale of the 'Beginnings' Saga, the Eds must reunite with their old friends and team up with some new allies to take down three threats: a sea witch bent on revenge, an elite CIA Black Ops team bent on hunting down the Autobots and Decepticons, and an intergalactic bounty hunter.