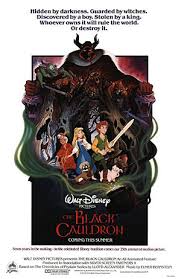 Few months after the events of The Rise of Maleficent, the Eds and their friends are planning on "The Coolest Halloween Ever": taking a trip to a mysterious town called Spook-E-Ville for trick-or-treating. But when they stumbled upon a plot for world domination involving a mysterious object known as the Black Cauldron, the Eds, Sora, Donald, Goofy, and the Autobots must team up with new characters, such as the ninja turtles and the Expendables, to find and destroy the cauldron before the Horned King and the Decepticons can use it to destroy the Earth.

Special Thanks to Walt Disney Pictures, New Line Cinema, Paramount Pictures, and Lionsgate for the creation of "The Black Cauldron", "Teenage Mutant Ninja Turtles", "Transformers: Revenge of the Fallen", and "The Expendables".
Running Time: 2 hours and 20 minutes
Rating: PG-13 (for sequences of intense sci-fi action and bloody violence, some frightening images, language, and some rude humor)
Copyright © 2015